After I haven’t written anything since months, it is time to update you on the newest development and my activities:

In mid january I basically moved to Uganda to follow up several projects even besides the energy saving stoves. Nevertheless, my energy saving stoves have become more known in Uganda and the well established german NGO “Welthungerhilfe” (WHH) asked me to train their engineers in Karamoja around the town Moroto.

In the end of january I came here for my first 3-days visit to explore the area, to introduce myself to the office and to set up and to instruct the engineers of WHH what is needed and what has to be provided for me to start the training. We visited four different schools and decided to built a set of 3 stoves on two different schools. 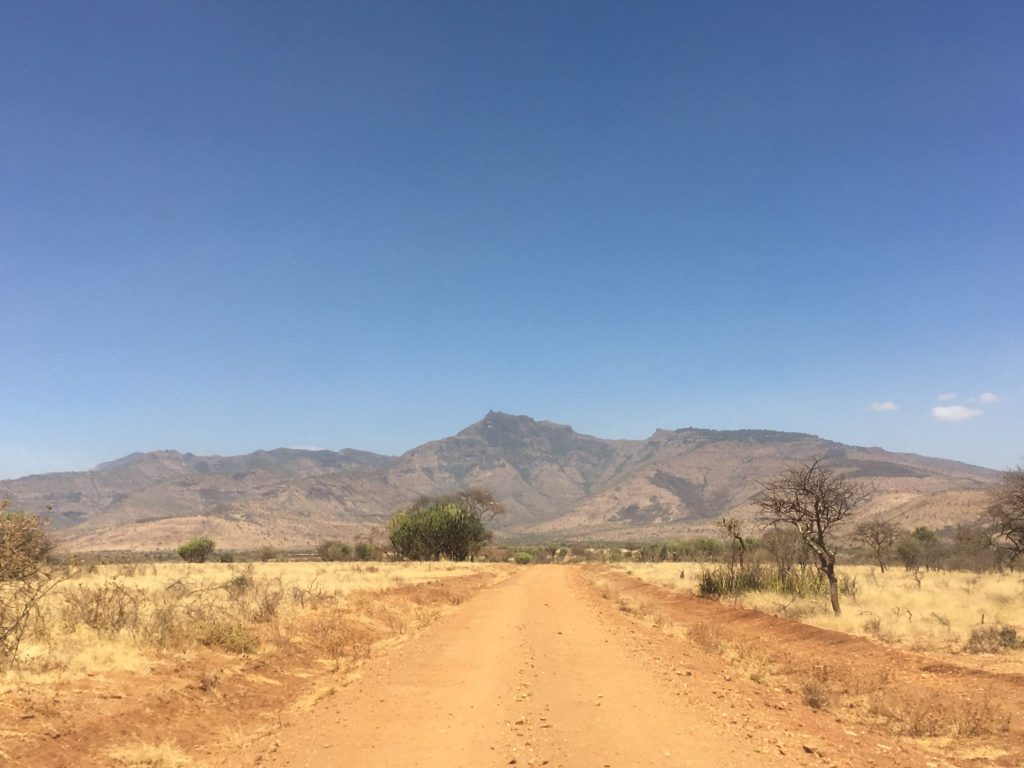 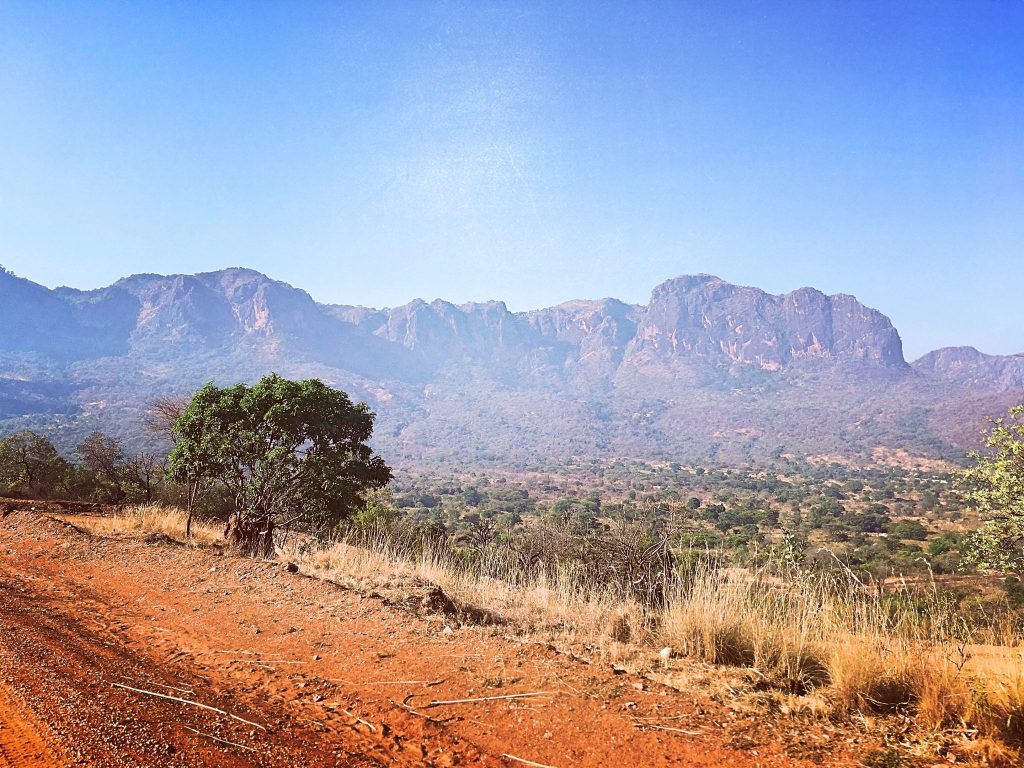 After this first trip, I returned last in mid march to start the trainings for the institutional stoves. As always, one has to expect EVERYTHING possible and should be prepared for everything. On my arrival, I found many things not prepared. The bricks were formed the week before and still wet, the chimneys were not built up, the saucepans didn’t arrive and so on. Additionally the rainy season has started, and makes all the processes more difficult.

Especially it was the most busiest week for the “WHH” office one can imagine. A delgetaion for compost toilets plus several workshops took place that week. Additionally the german actress Gesine Cukrowski came for a visit to Karamoja to support several projects of the WHH. I had the honor to meet her and her great team. She even cheered when she heard that I am equipping some schools with highly efficient stoves and came for a visit to the construction side. 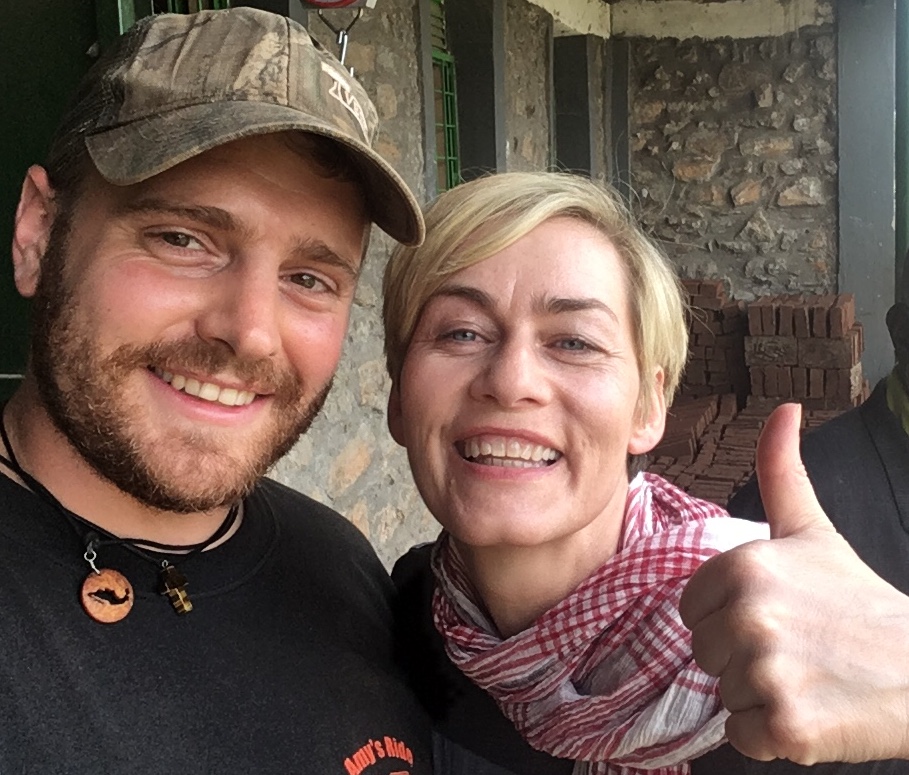 Gesine Cukrowski visiting me on the construction side

After four days of struggeling with orgaisational stuff, time keeping, fights against the rain and so on we could start the constructions of the stoves. The saucepans arrived at the right moment, and somehow the bricks were ready to be fitted. Enjoy the pictures, next week I will report an update… 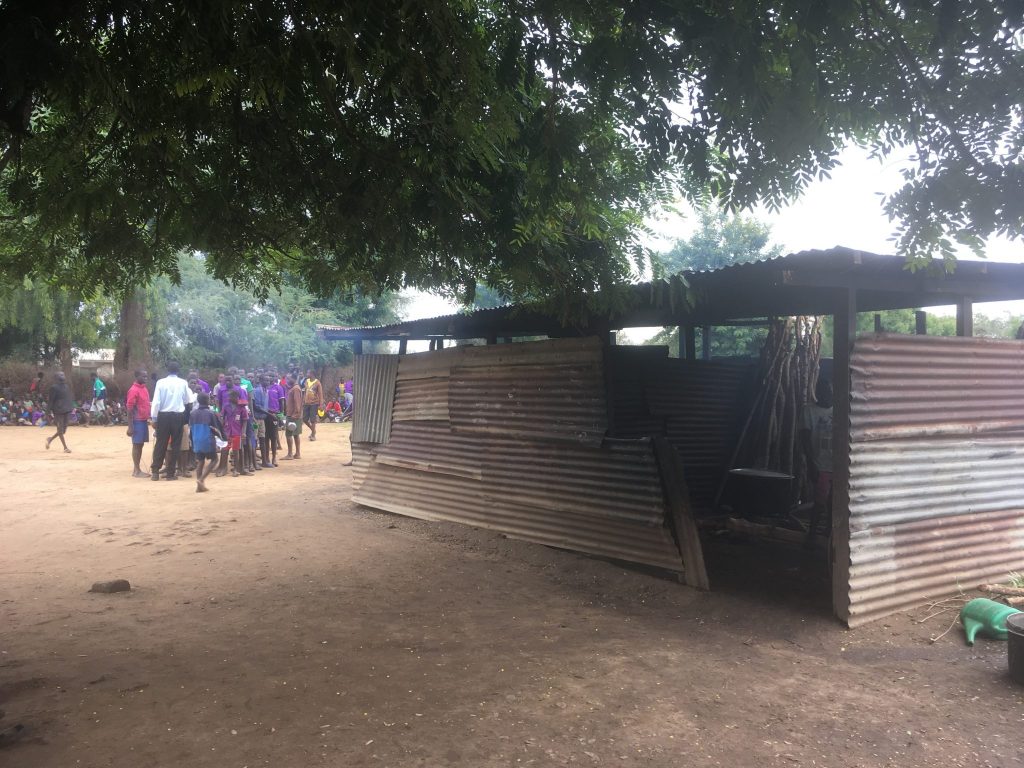 The existing ‘kitchen’ at one of the schools 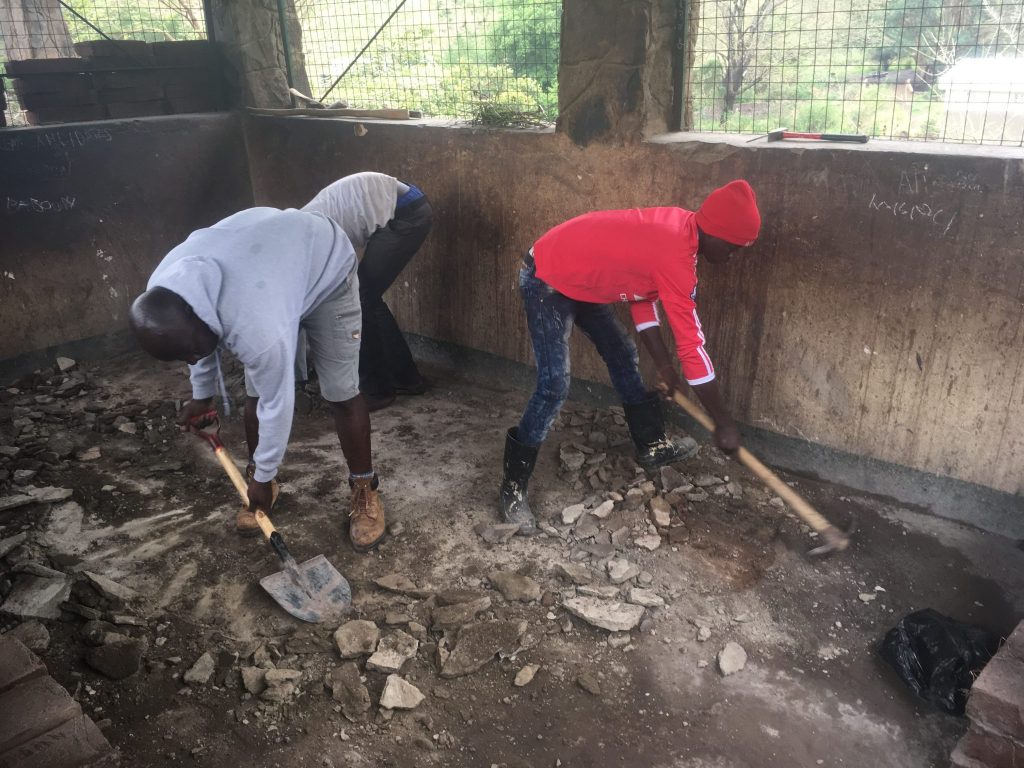 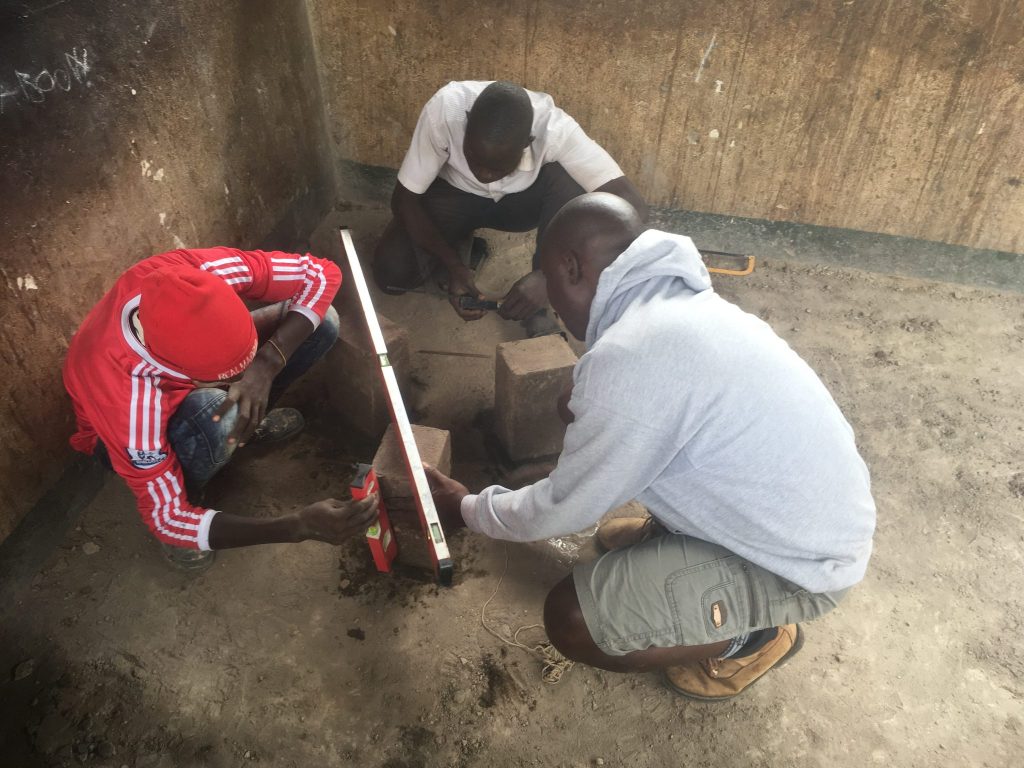 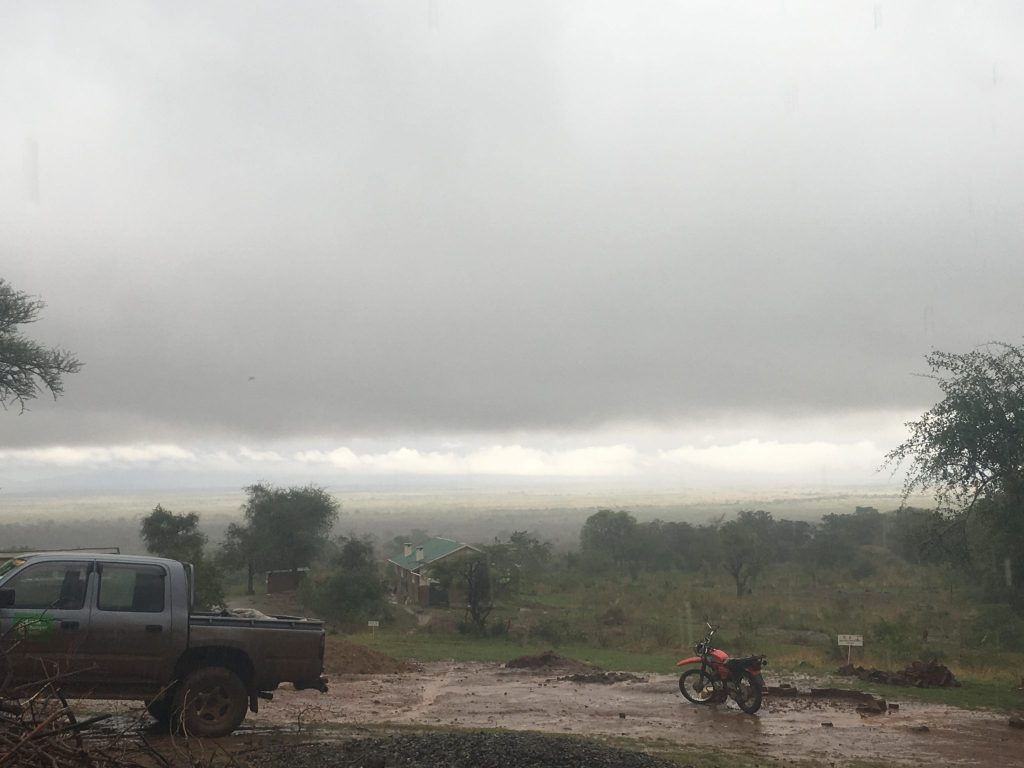 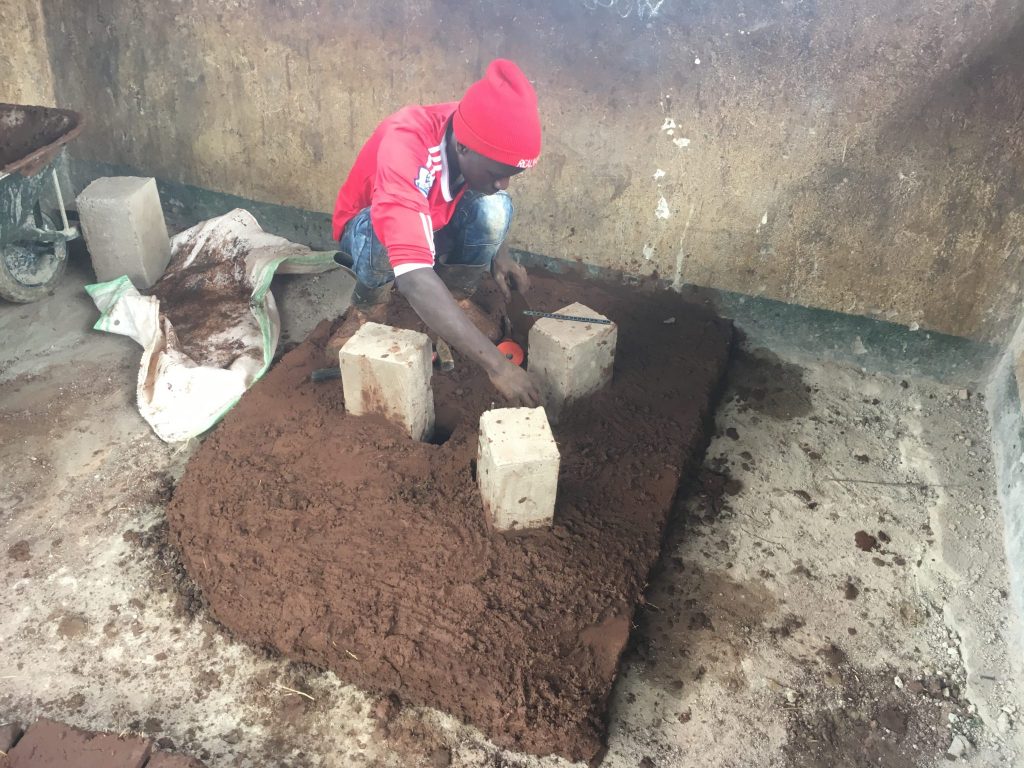 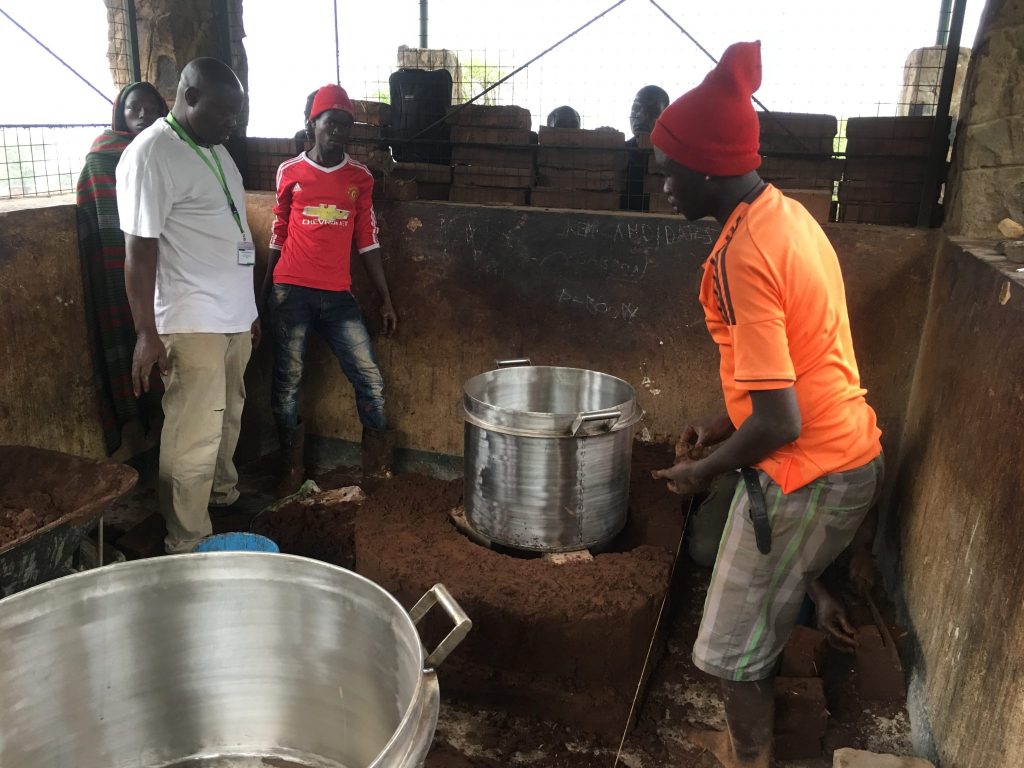 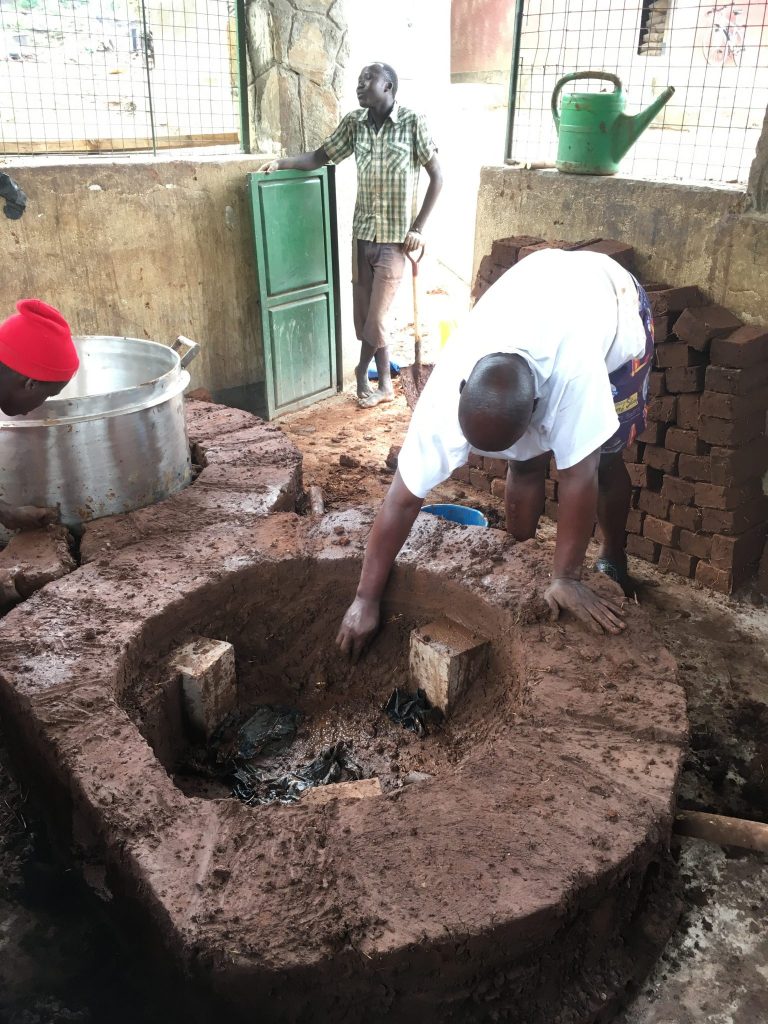 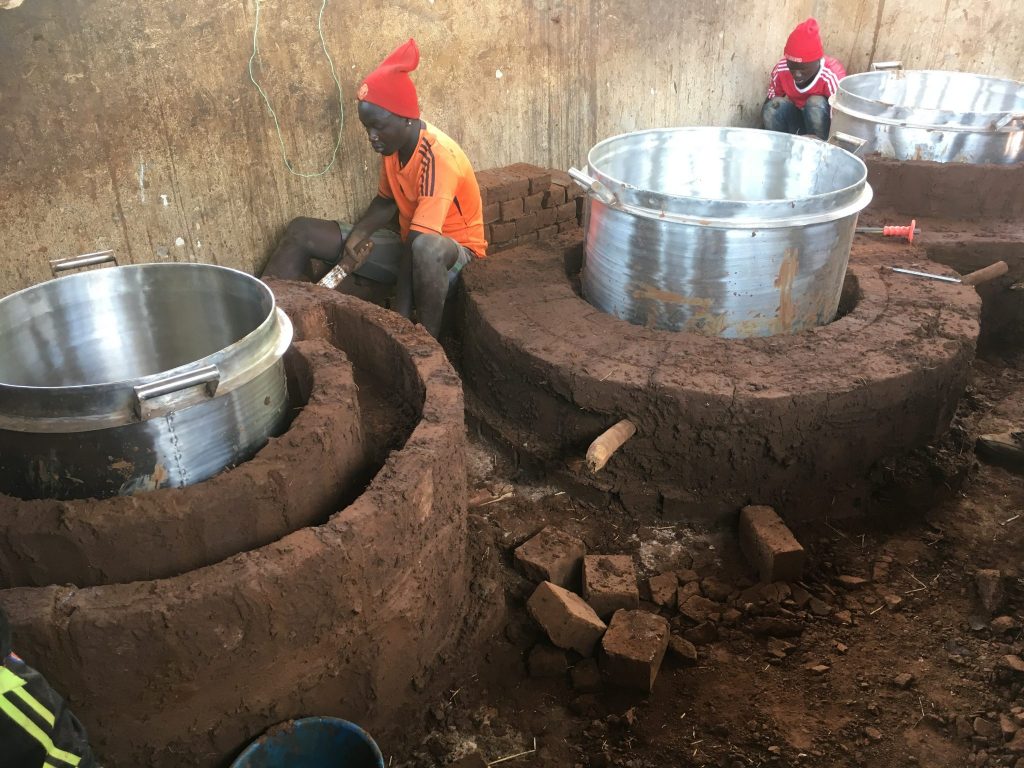 Result of the first week