Three month after leaving Haiti, I am finally back to Port-au-Prince, Carrefour Feuilles. This area was one of the places which were mostly destroyed by the earthquake in 2010. Officially it is a so called red zone, which means most NGOs are only allowed to be here during day time, and diplomates are not even allowed to come here.
My experience is that the people here are lovely, except the fact that most of them welcomed me with the “compliment” that I became fat. I have to accept that I got some more kilos in Africa again, but it is still quite unfamiliar that “fat” is a compliment and an ideal of beauty here.

Whatever, I came back and inspected the conditions of the stove. It is nearly the same. Some aluminum pipes were missing but they needed to be replaced anyway.

They are using the house to keep their fight roosters and some animals come to hang out at the side. That’s fine as well. Only the fact, that somebody used that place to slaughter cats and eat them, was a bit frightening. But it is meat, and most people have to take what they get to survive! 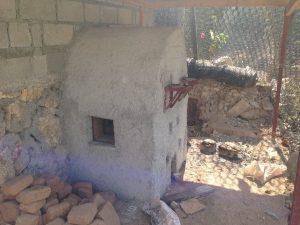 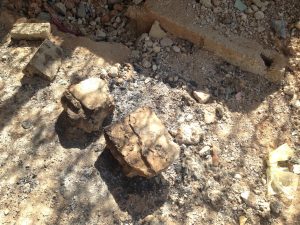 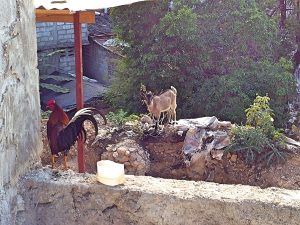 For the first days I actually didn’t plan to go on so fast, but my guys from the community are highly motivated and want to see that incinerator running. So we went directly back to work and fitted in both ovens. 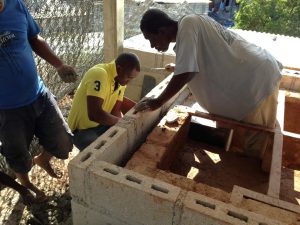 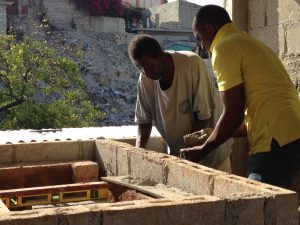 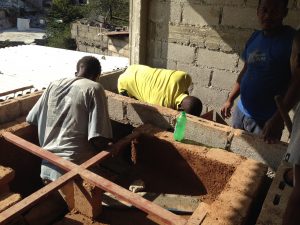 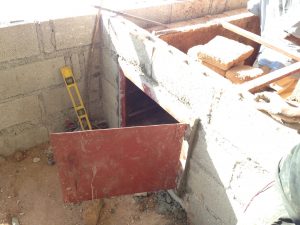 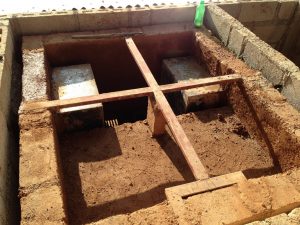 Today we went on trying if the inlays fit. They do… so those will be installed tomorrow. 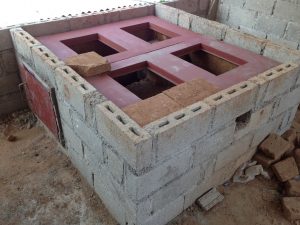 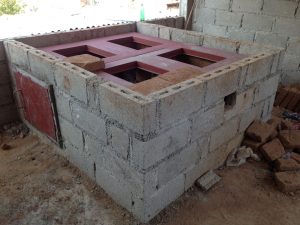 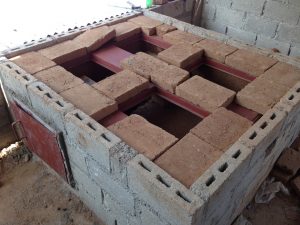 Now we are waiting for the big chimney and some more pending metal parts which are missing.