Another week has passed and we are getting closer to finish the whole kitchen. After telling my team we will have a big BBQ in the end of the week if they finish all work they started to work even harder. We started every day at 8am and worked until 7.30pm! The progress was visible every single day. 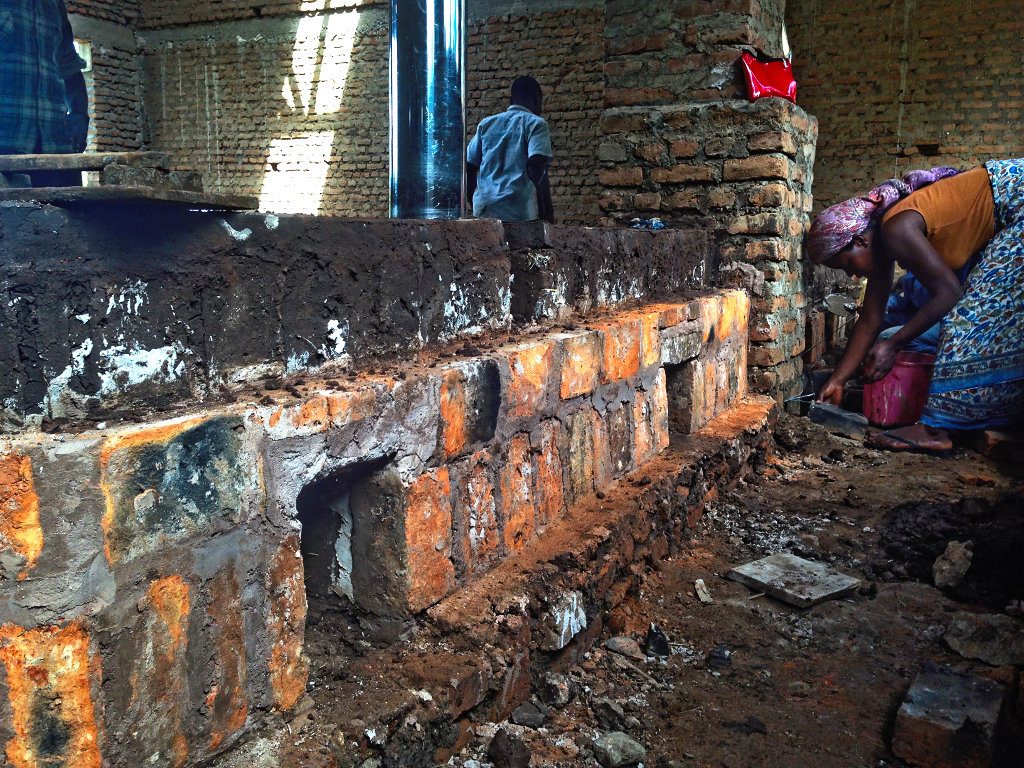 The big ovens from the firing side 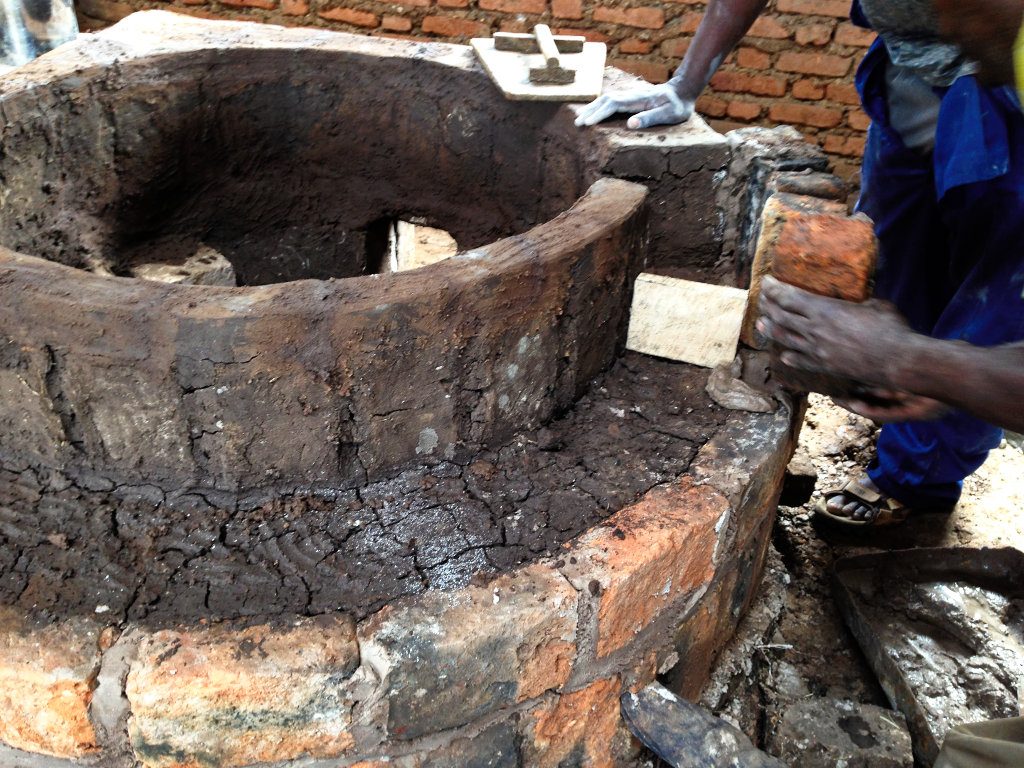 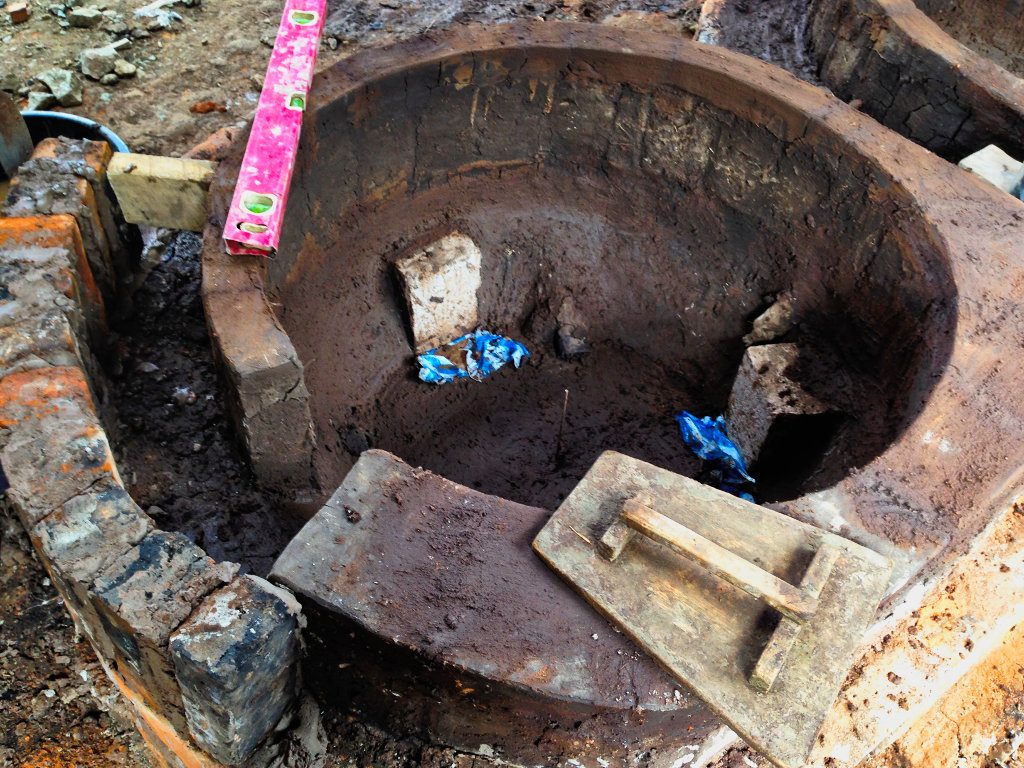 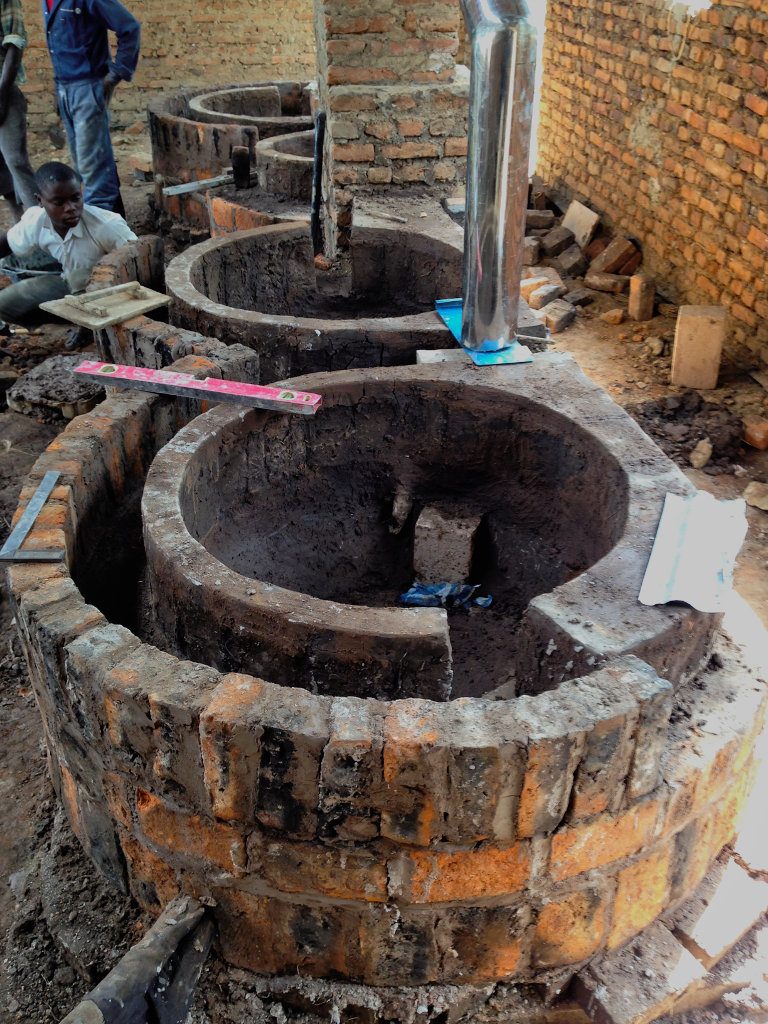 First side wallls are done 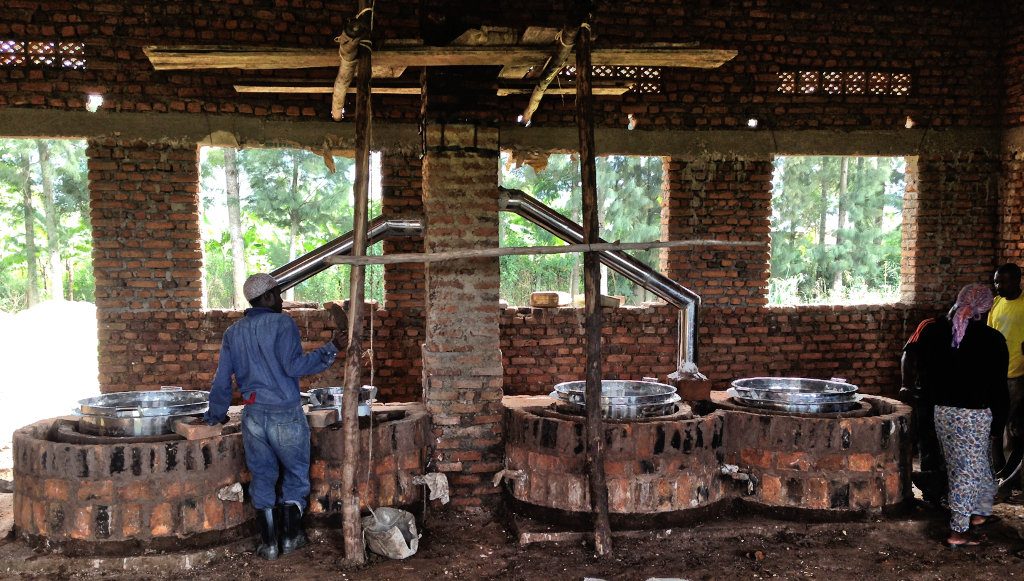 Both sides walls ready including the metal chimneys 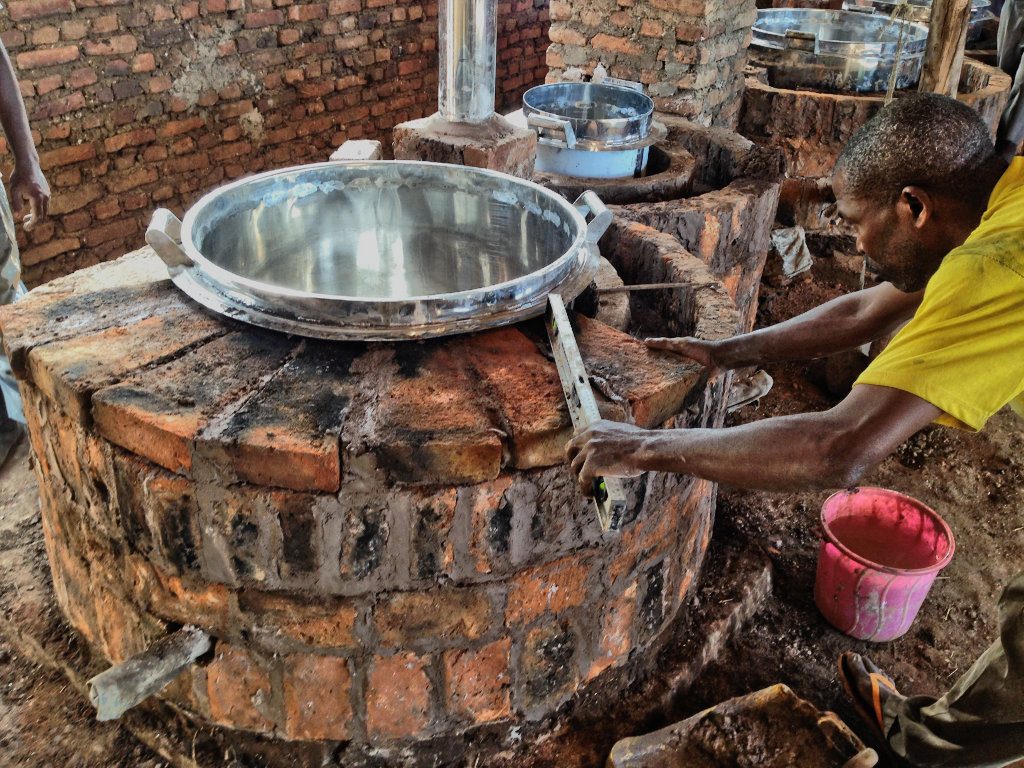 starting to lay the cover bricks

we needed to support the 9m free standing chimney 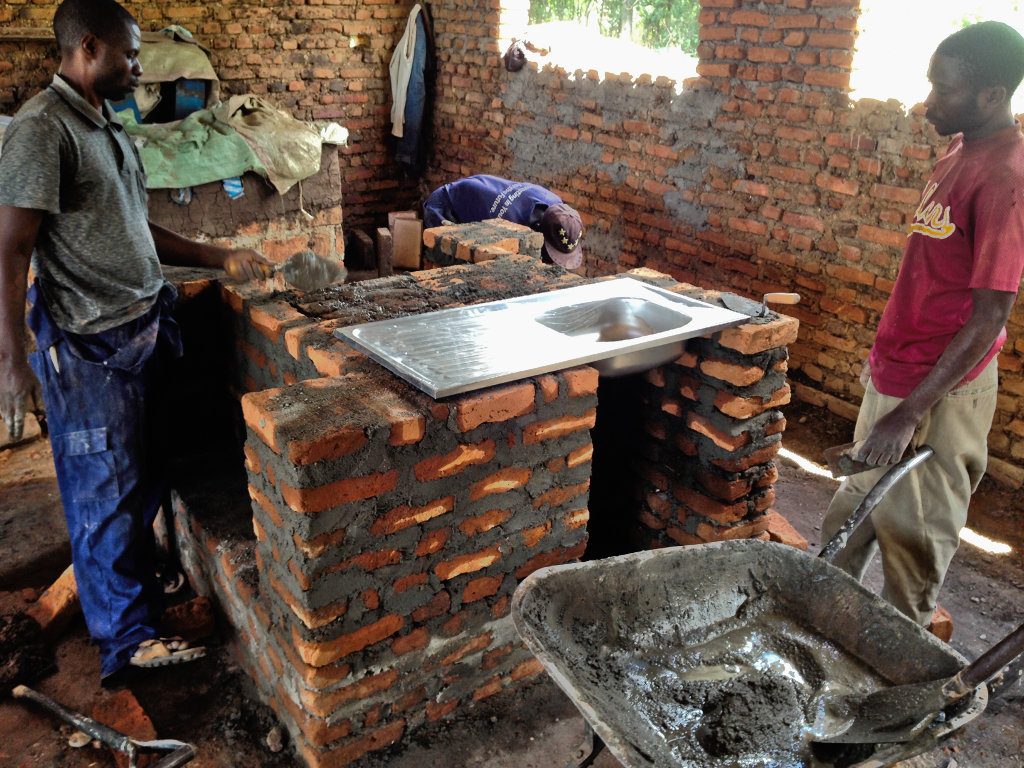 Work station in the catering and cooking vocational school 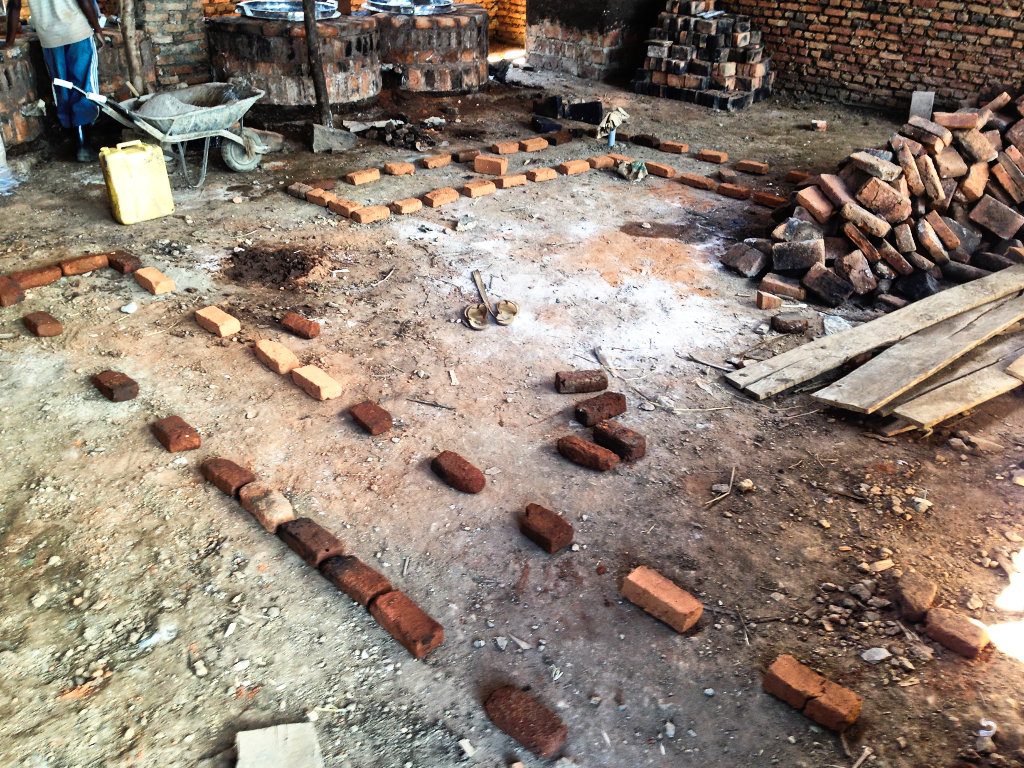 Set up for the school kitchen

Set up for work stations and stoves

The chimney is groing higher and higher 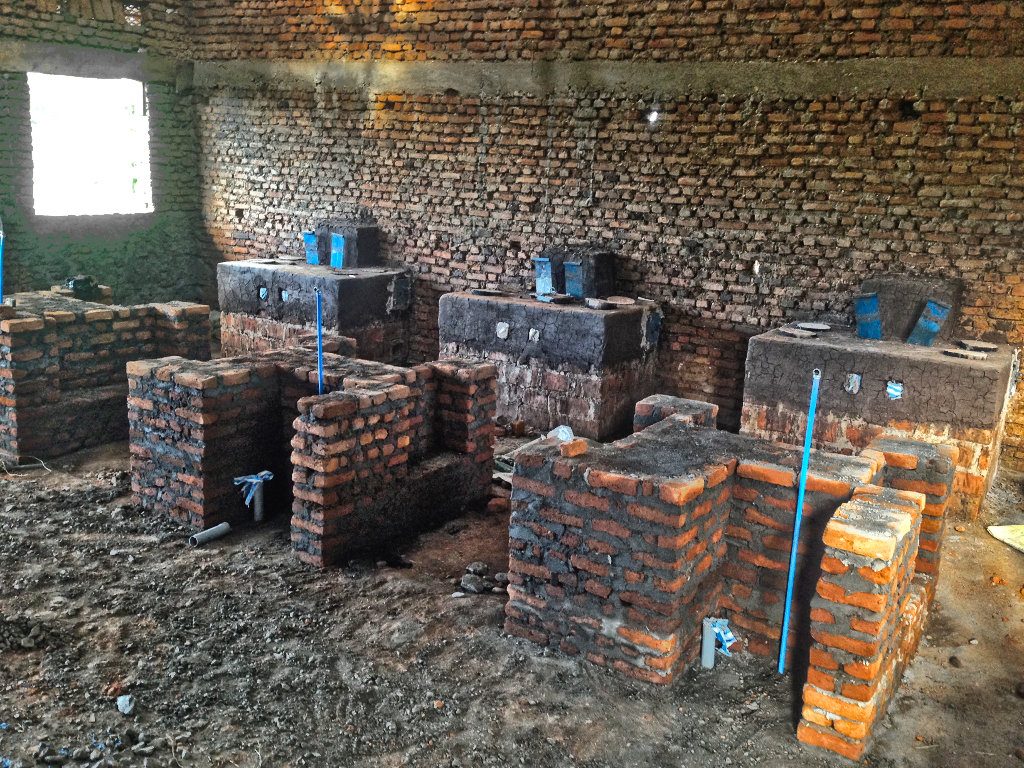 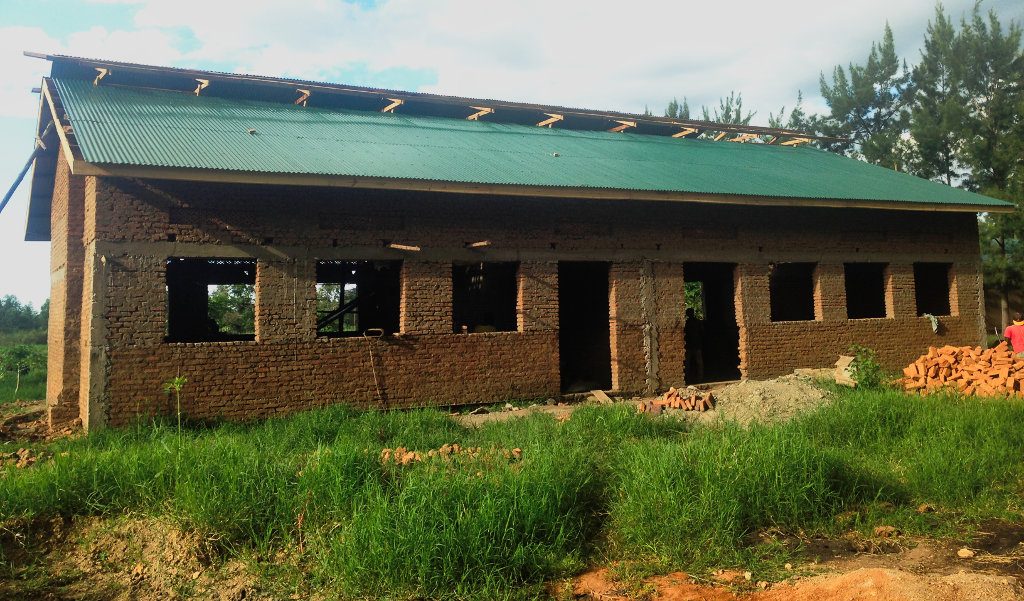 What a huge building. Roof is not ready yet 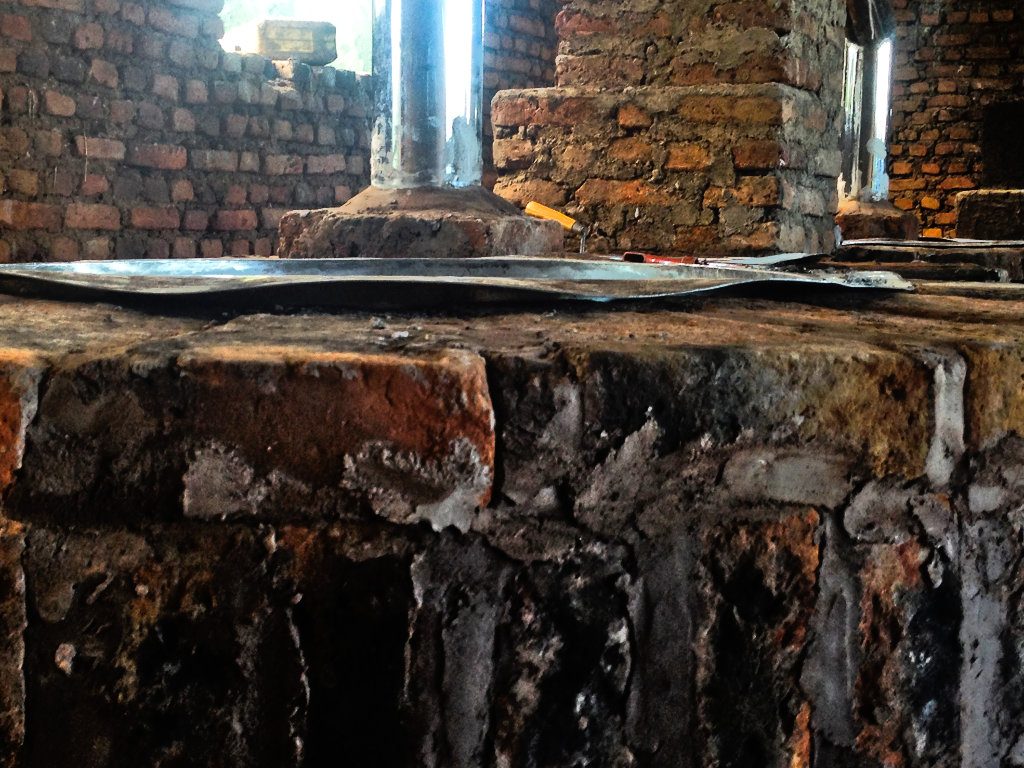 we also have issues with the poor quality of the saucepans. rework is needed 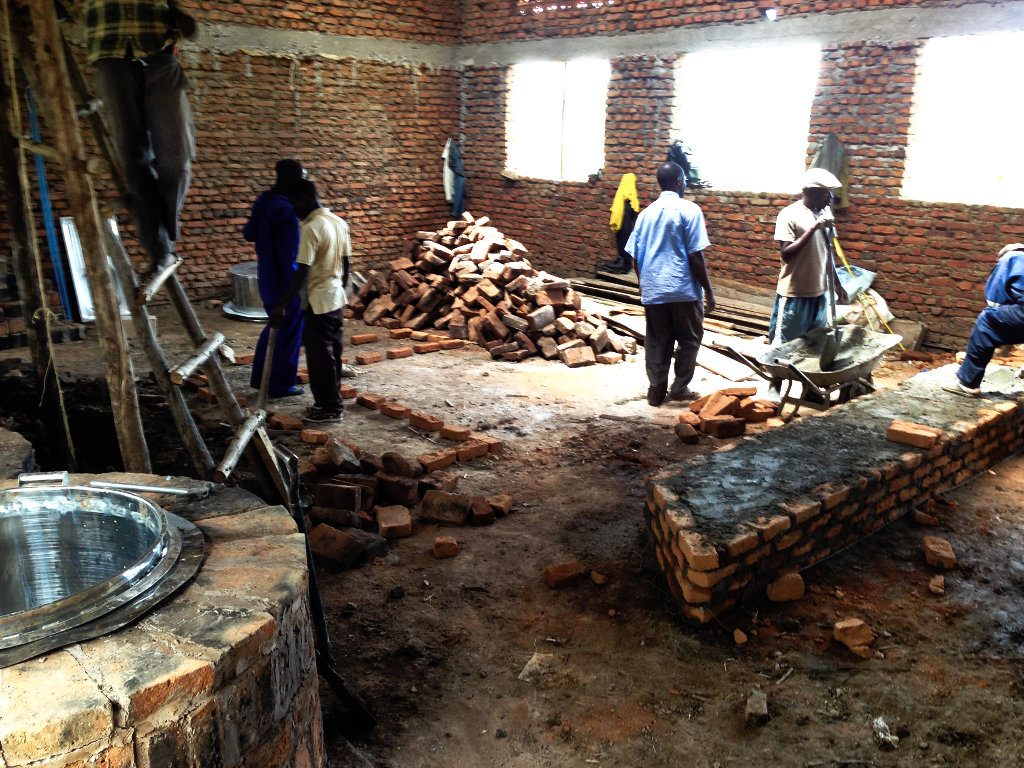 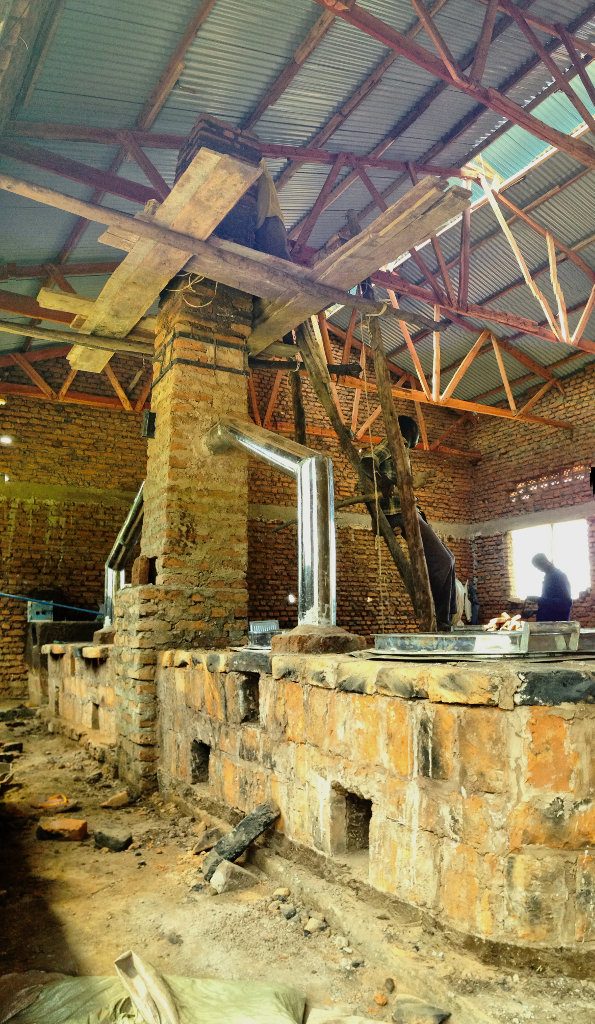 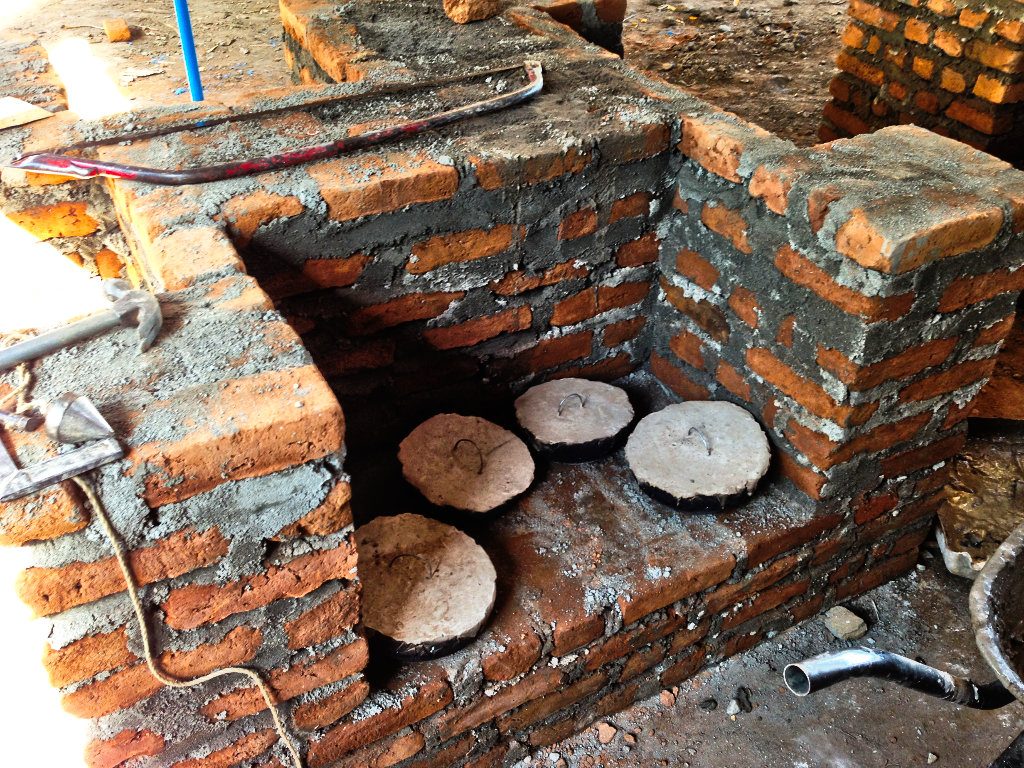 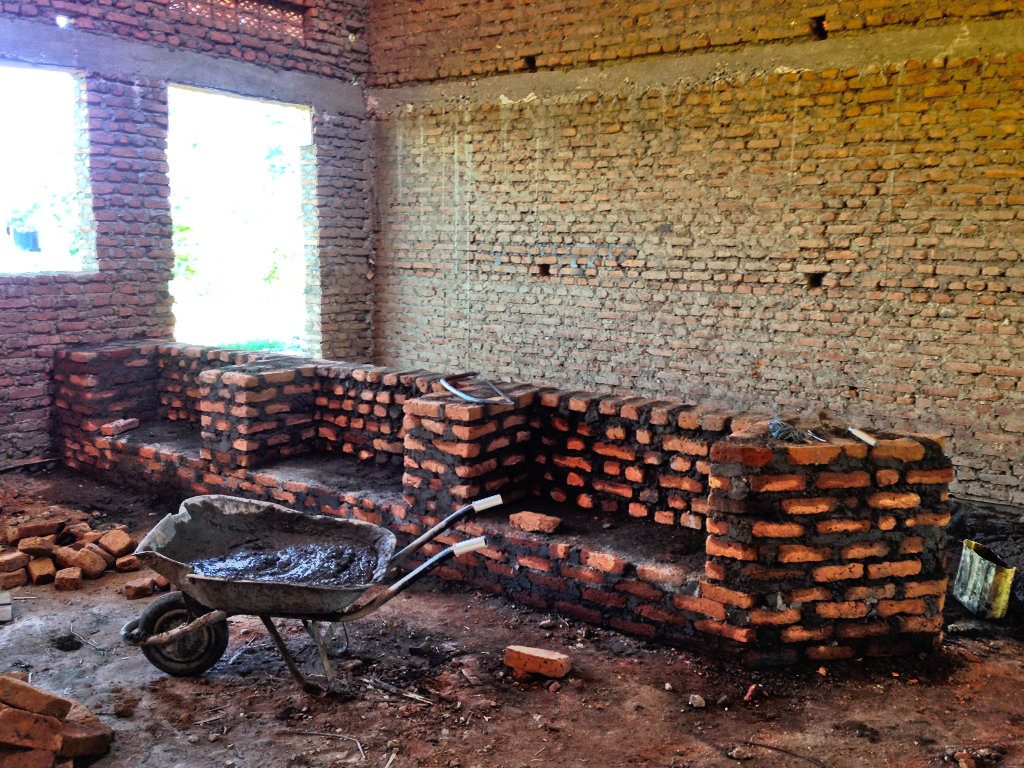 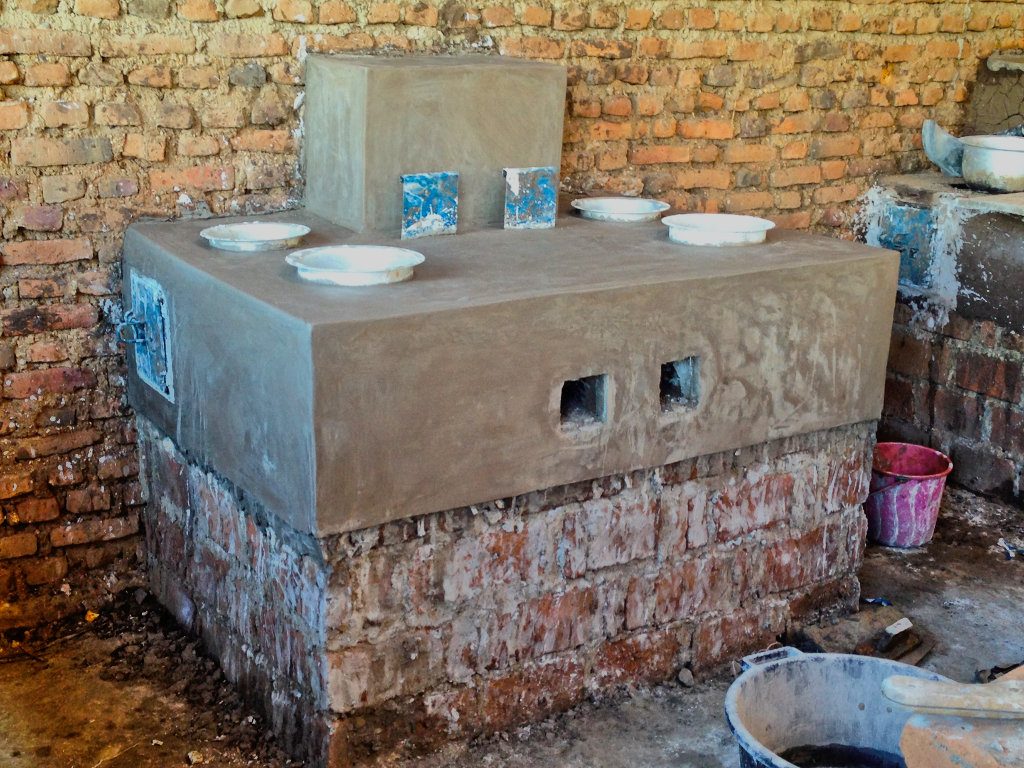 A plastered cooking island. Two stoves. First mixture of plaster was not working. We needed to remove it and try another mixture 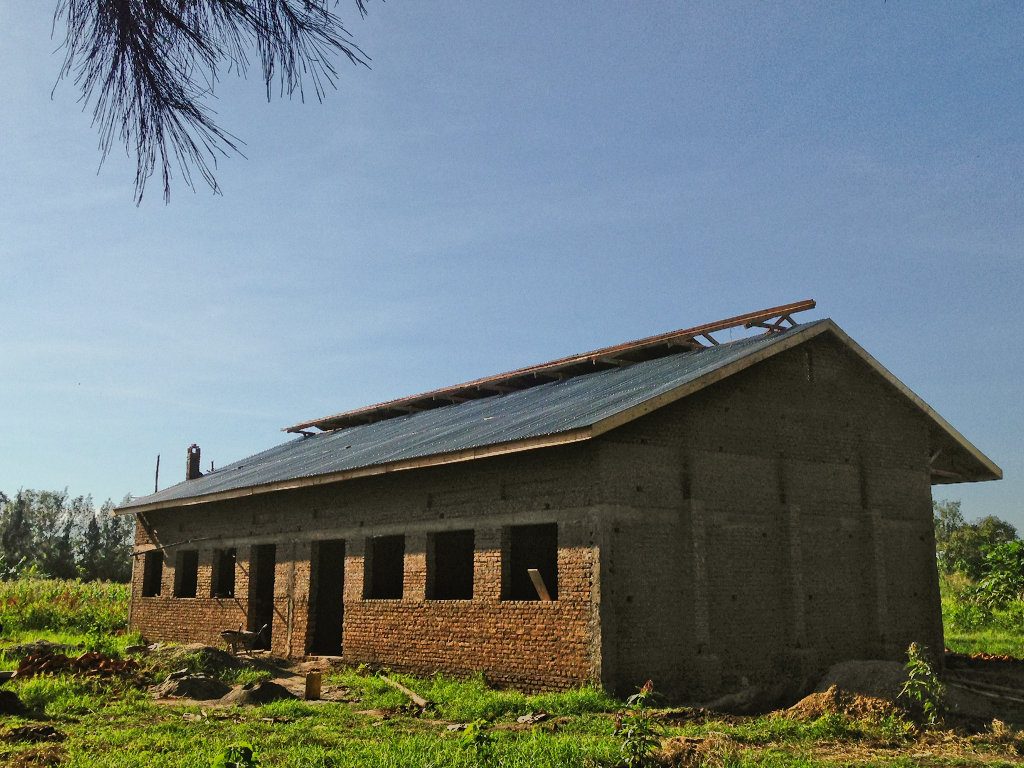 The whole building with the morning sun 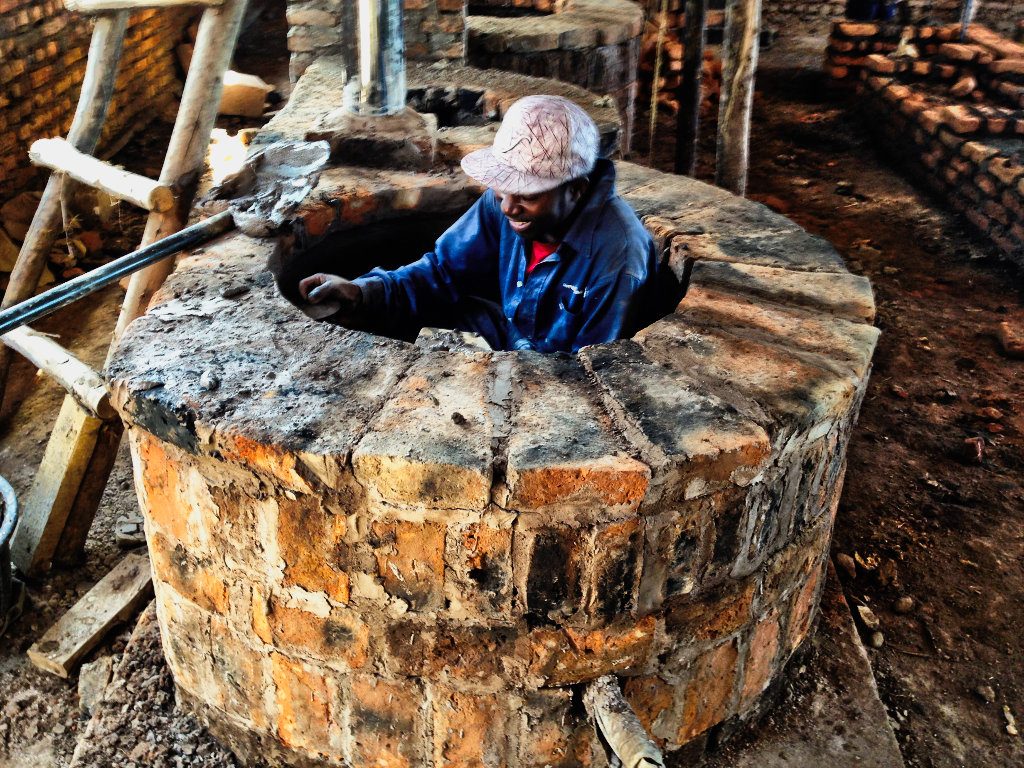 Is this a jacuzzi? Sealing the covering 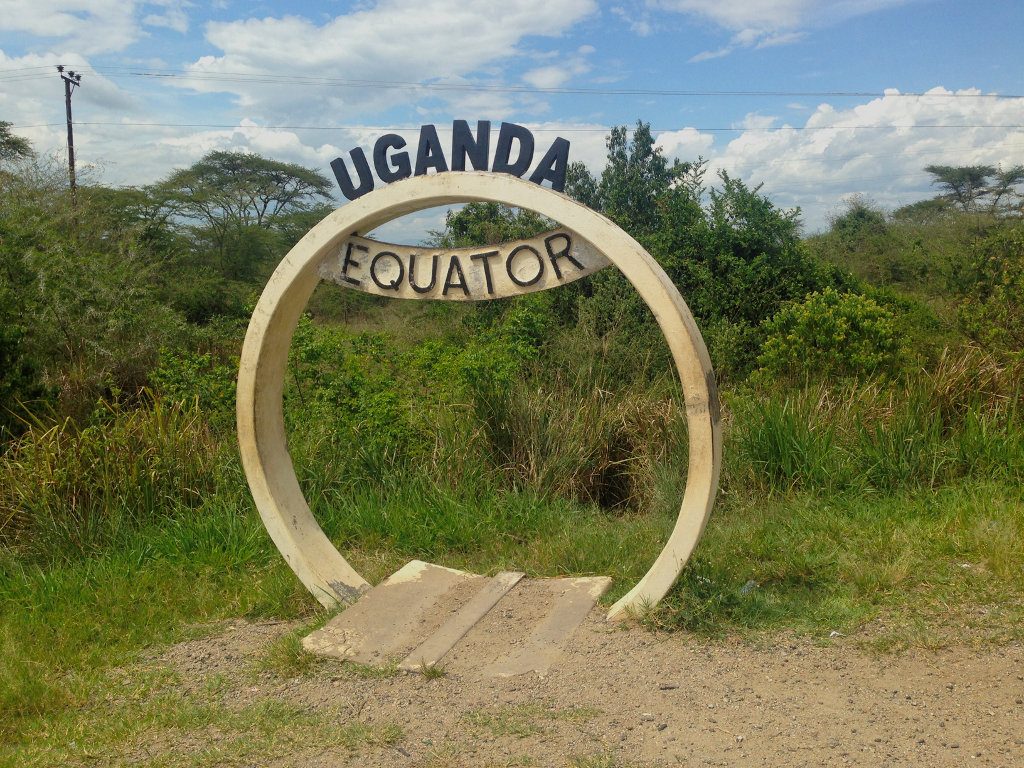 Daytrip into a parish inside the national park 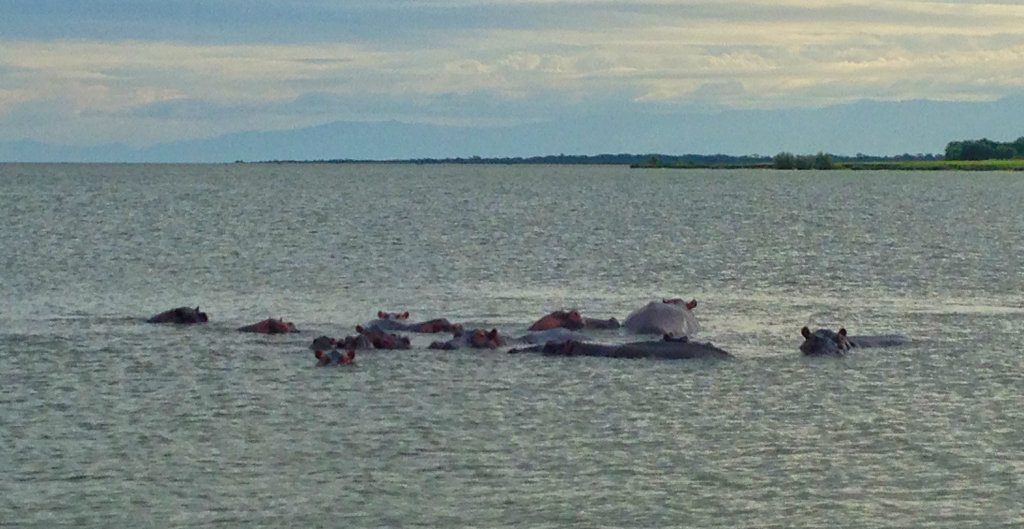 plenty of hippos there

As promised I organized a big BBQ with a whole pig, a goat and some beer for my team. While I prepared the food, the team went on working very hard 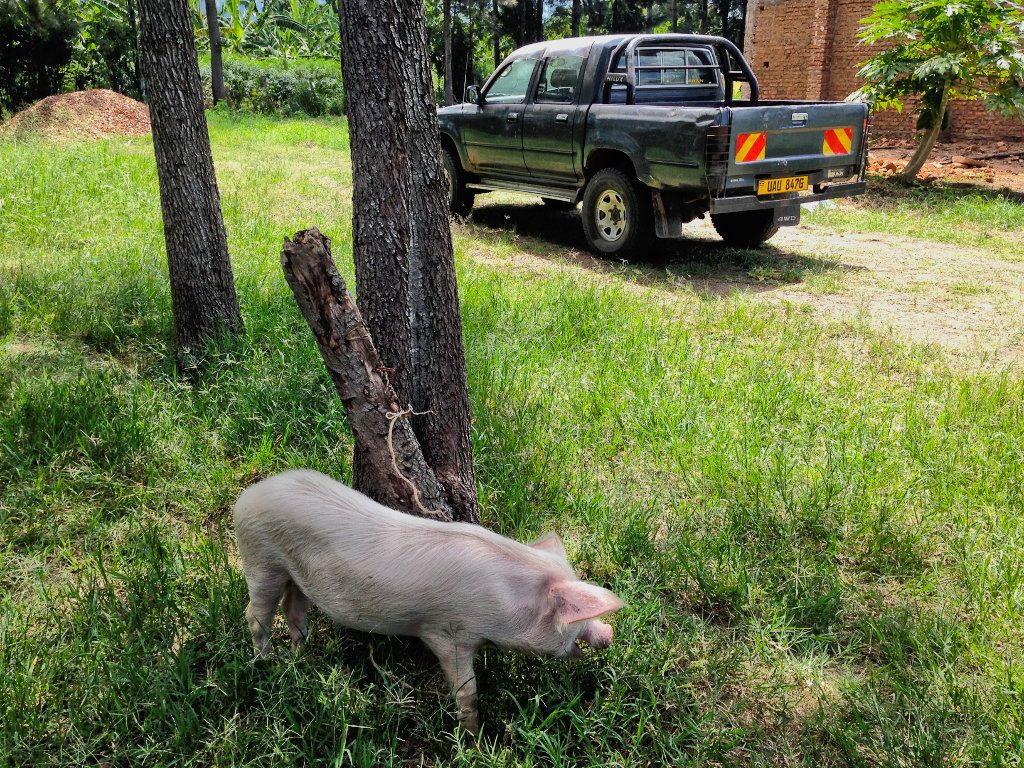 Motivation arrived on friday noon. We slaughtered a pig for them… 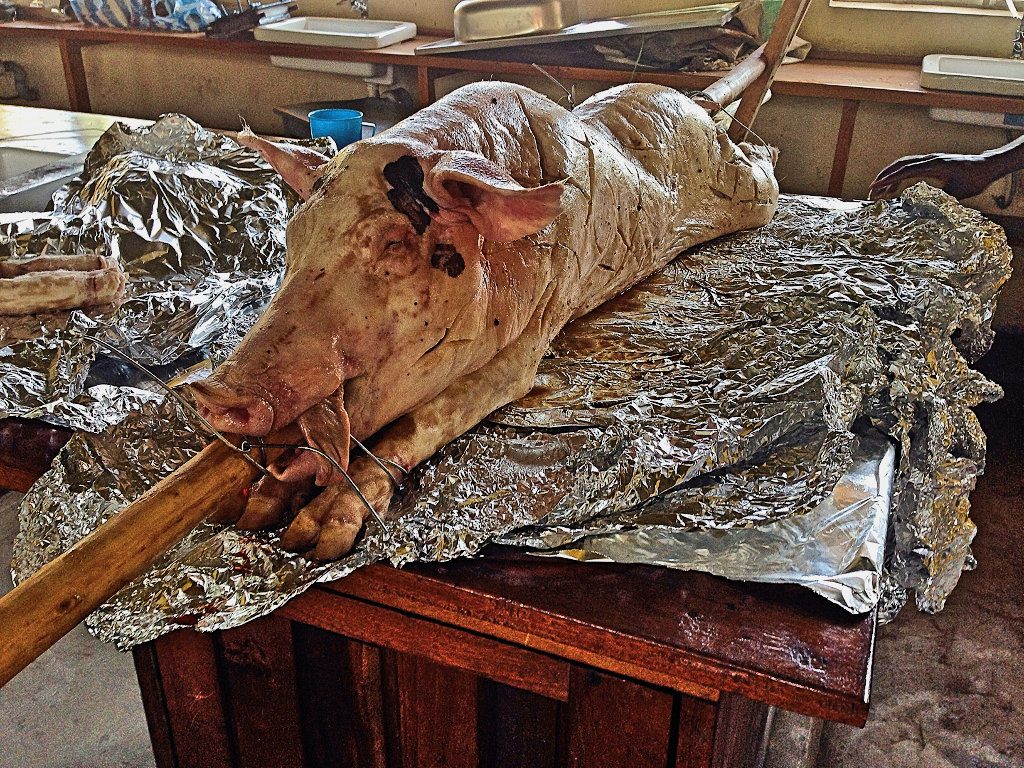 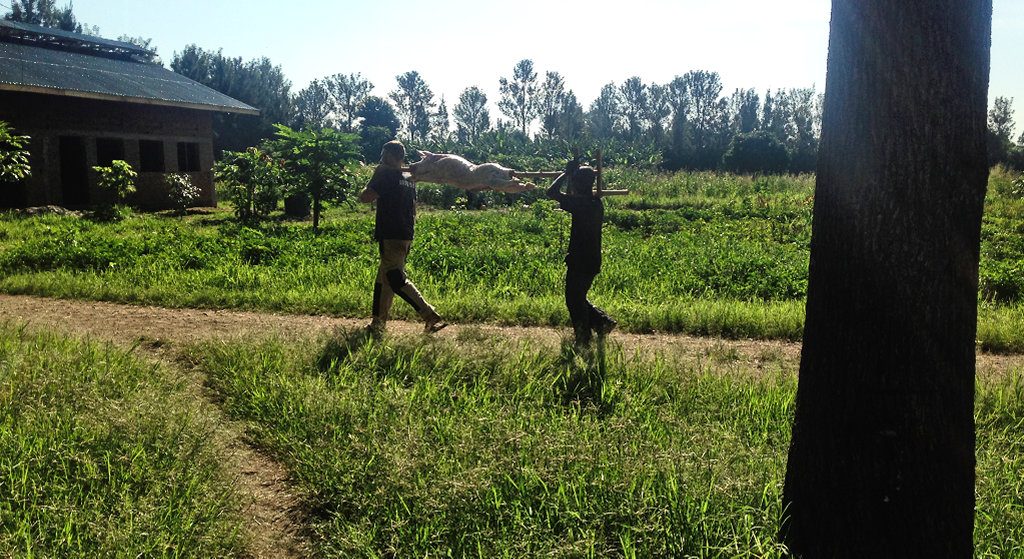 Saturday morning the walk to the BBQ place 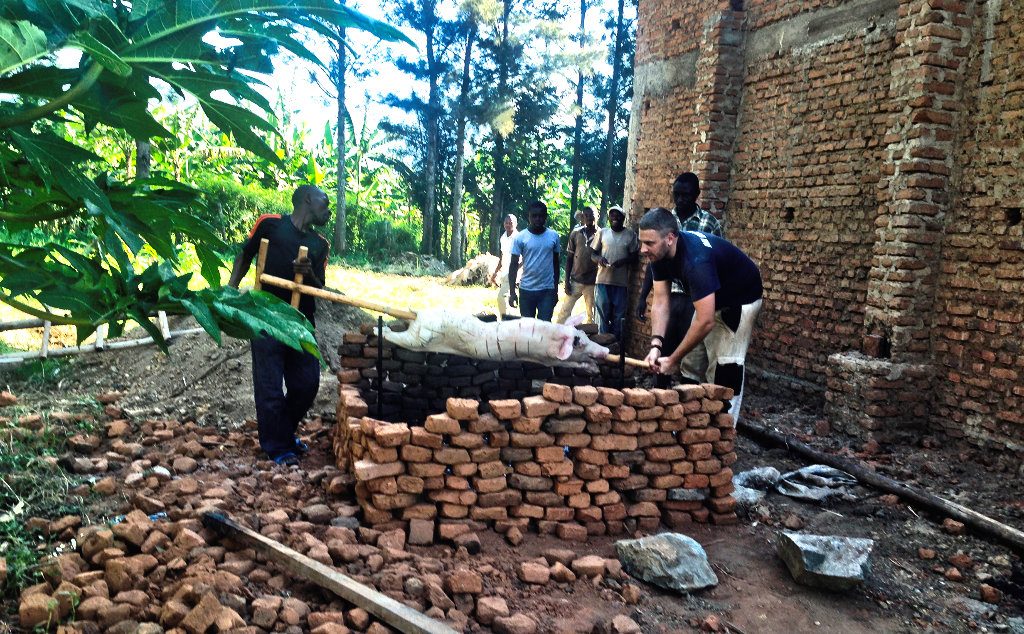 They’ve never seen a whole pig turning over a fire

Nevertheless work was going on

while the pig was turning and turnng 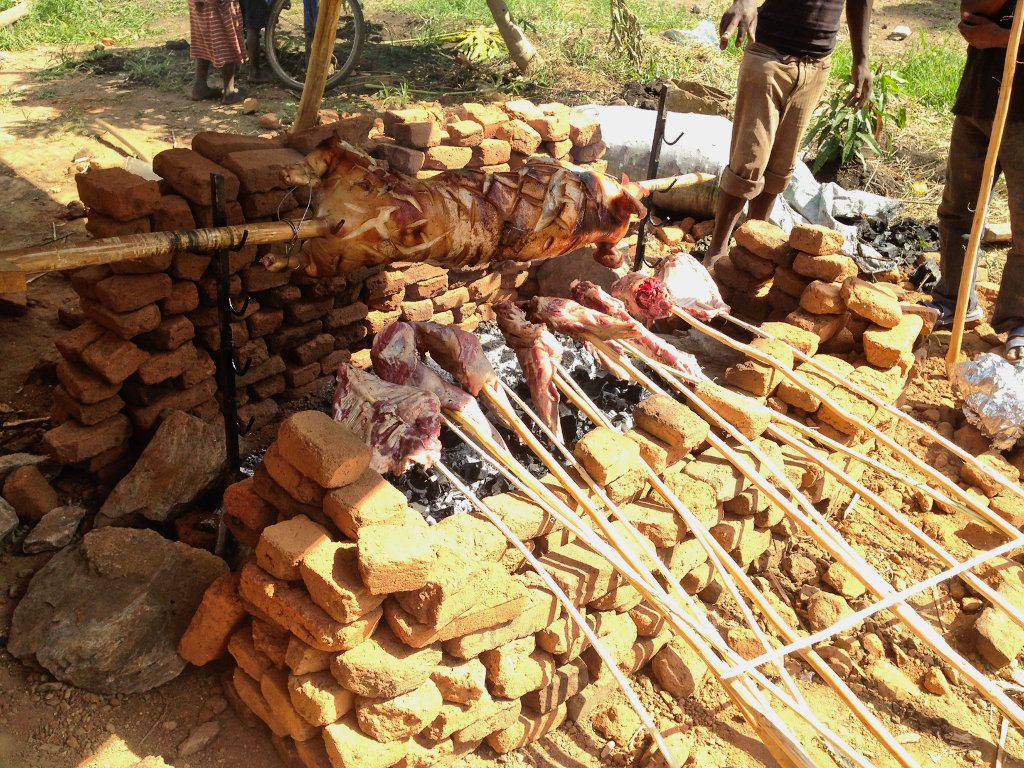 Later a goat joined the pig. We had 25 men working hard and being hungry 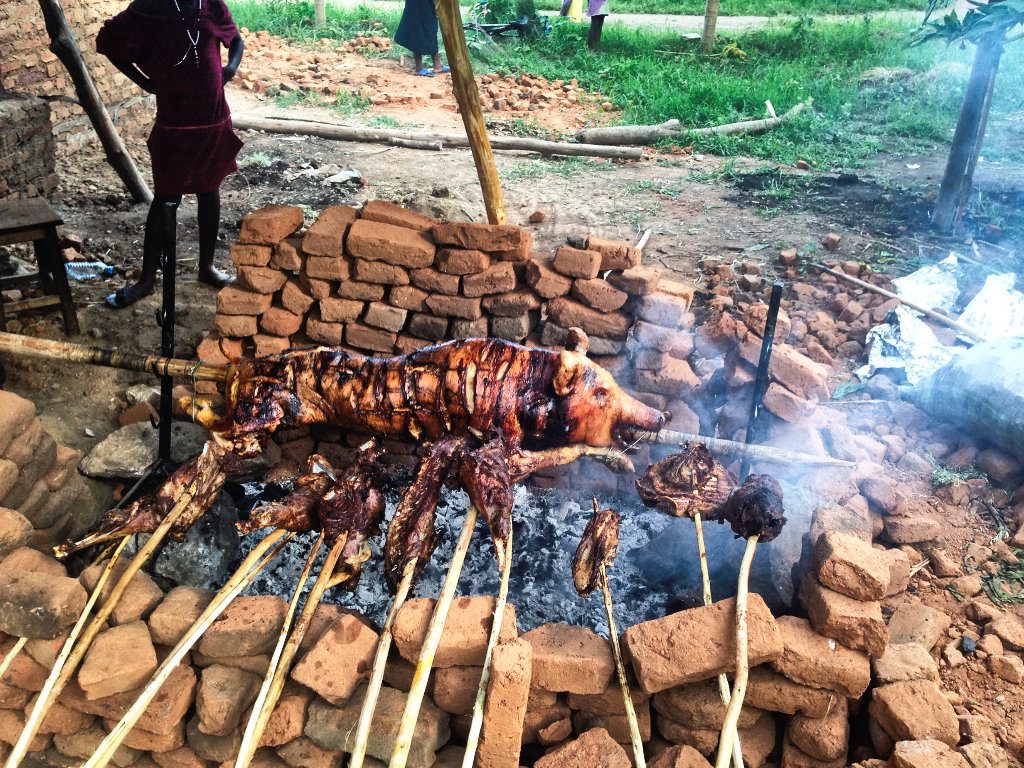 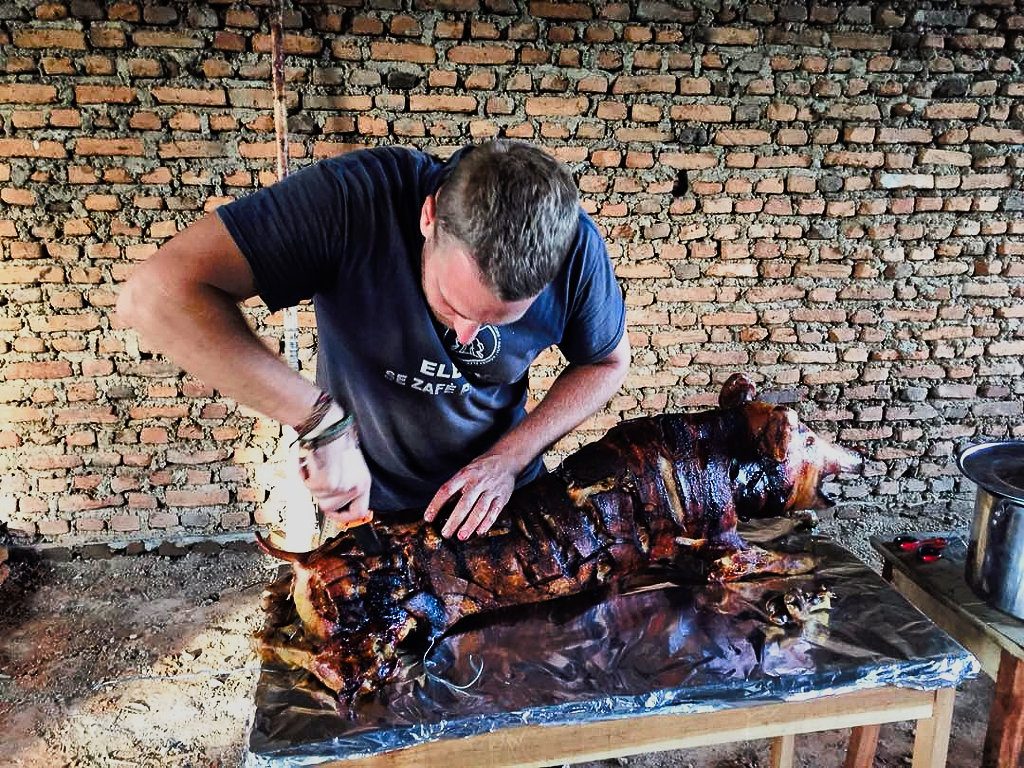 Ready for the big meal. 25 craftsmen which worked the last 2 month with me were waiting for their food

Last time hiking in the mountains. Soon I have to go back to germany

3 Gedanken zu „On the finishing line“