After 4 days of controlling the welder, my scrapper was ready. I had to run up and down the hill 3 times per day, from the construction side to the welders workshop, to see if everything is going right.
I always had some tears in the eyes, because the Haitian craftsmanship can be quite rough. The material had to suffer even more. But Bos Octave (that’s the title of any “professional” craftsman here) finally delivered a part that should do what it is supposed to do. It hasn’t german dimensional accuracy, but we are in Haiti.
I could take the part up that hill, and fit it into the stove. 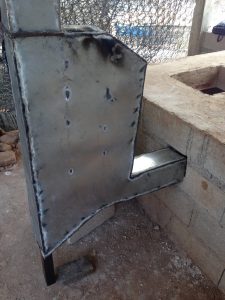 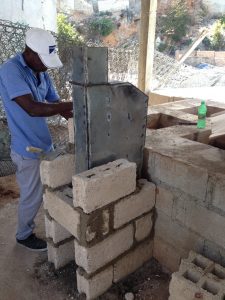 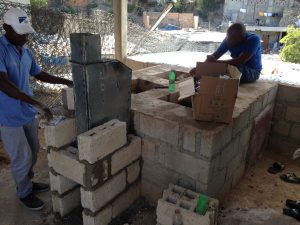 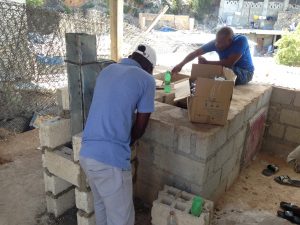 The next day, the plastering of the stove was on the plan. One of my guys brought a new mason. His name is Fritzle. Good old german name, and he did a great job. 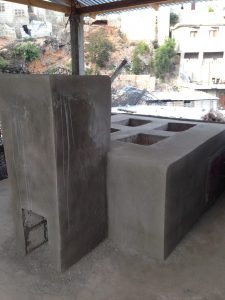 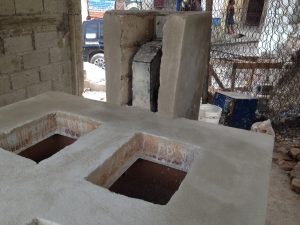 While they were plastering the stove, I still had to run up and down the hill to control as well the construction of my chimney. A 10m tall, 15x15cm steel chimney. It was supposed to stand in the end of last week, but several lacks of electricity, a damaged generator and some other issues cancelled that date. One of the issues was, that I learned from a chimney expert, that I can place steel wool inside the chimney to use it as a filter.
So we placed a small door and a box within the chimney for that simple filter. A subsequent mistake, as it should turn out later.
But all that gave me some time, to do a short trip to the province of Haiti. We stopped at the graveyard, where they burried the 250.000 death of the earthuake in 2010. An oppressive feeling. 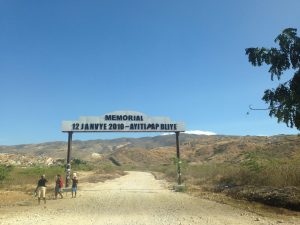 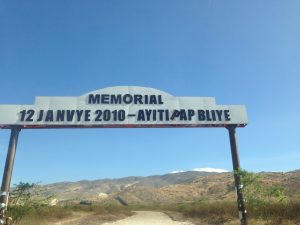 Tuesday, the day for the put up of the chimney finally arrived.
We prepared everything and were prepared for that 90kg colossus. 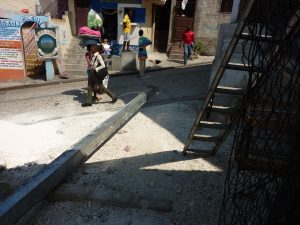 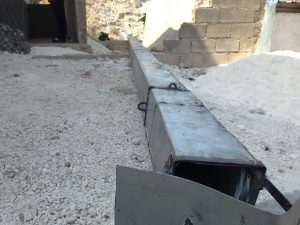 8 men were pushing up that thing and brought it in position. 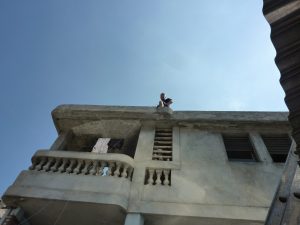 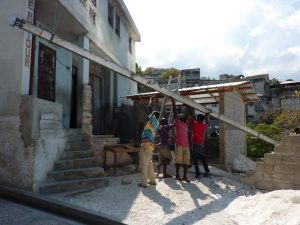 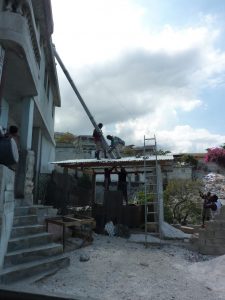 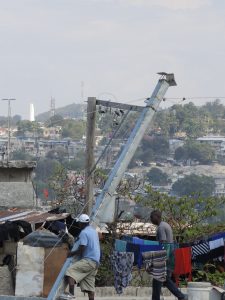 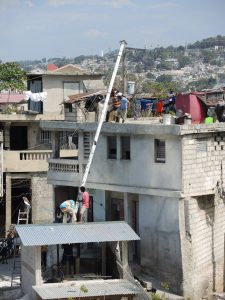 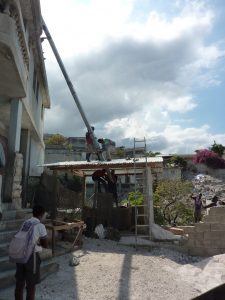 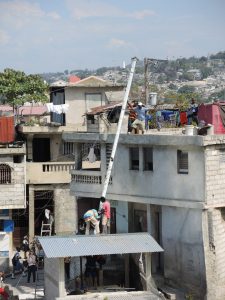 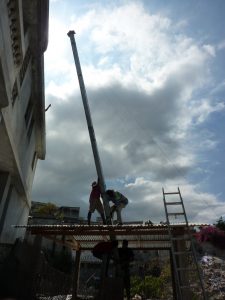 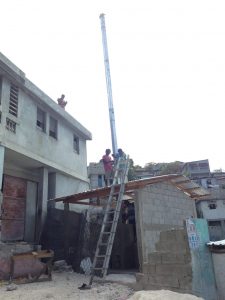 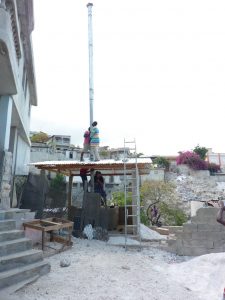 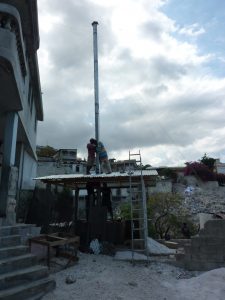 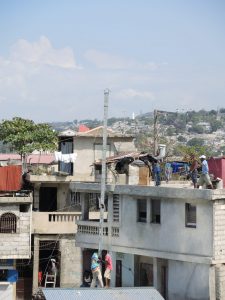 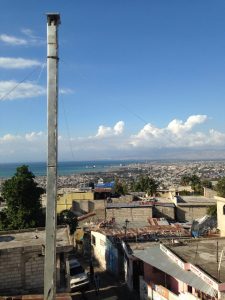 But the adapter to the scrapper didn’t fit. And suddenly, the chimney buckled at the position of that filter door, and was almost about to collapse. 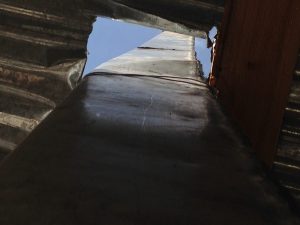 So we fix it with steel wires and called our welder. He came immediately and rescued the chimney. 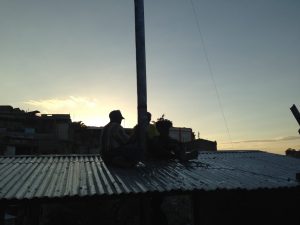 It doesn’t look nice, it is not straight anymore, but it should work as it is supposed to. 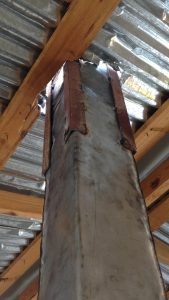 It was a looong day, but that tall chimney was standing there in the end of the day.
The following day, I was back to the welders workshop to construct the final parts of the stove. 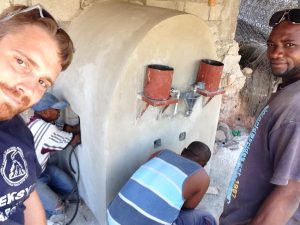 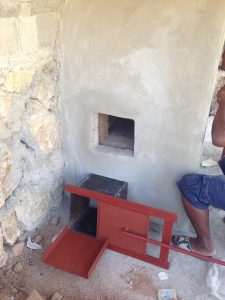 Last friday the final parts (aluminum sheets) arrived and were placed in the stove. 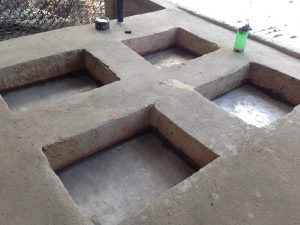 The whole thing has to dry now over the weekend and on tomorrow we can finally start to burn the clay. It is a process which has to be done carefully.
So within this weeks we can start the tests and adjust everything and we will see if this technology is working properly and safe enough for the environment.